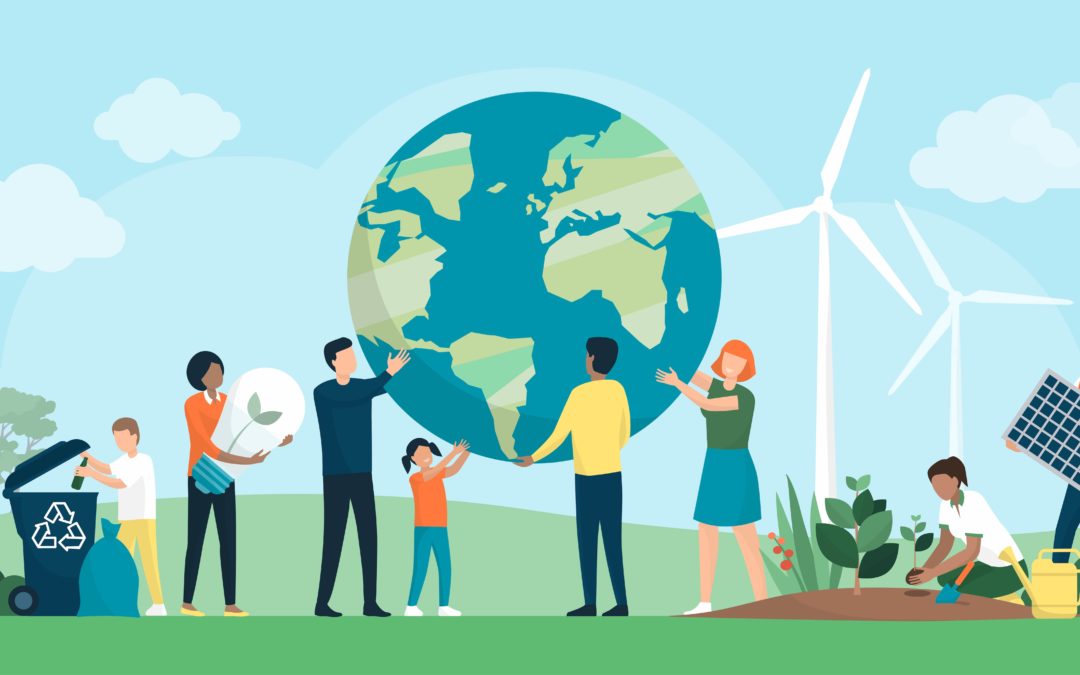 The community of communes of Haut-Limousin en Marche is organising an online public consultation from 25 November 2020 to 25 January 2021 to gather opinions on the draft Territorial Climate Air Energy Plan (PCAET).

A major instrument of ecological transition, the Climate Air Energy Territorial Plan (PCAET) is a tool for coordinating energy and economic policies and also for improving the quality of life.

The PCAET sets out an operational roadmap for adapting the territory to climate change in order to achieve quantified and measurable objectives, particularly in terms of reducing CO2, increasing the production of renewable energies and restoring air quality. It thus provides a local response to the global challenges of climate change.

In accordance with the law on energy transition, (order number 2016-1060 of August 3, 2016) the community of communes of Haut-Limousin en Marche approved by deliberation of November 25, 2019 its draft Climate Air Energy Territorial Plan (PCAET) incorporating the following issues:

On the basis of the issues identified by a territorial diagnosis on :

a territorial strategy has been drawn up, setting measurable ambitions for the territory by 2030 in terms of :

After having brought together numerous actors from the territory during 2018 and 2019 to co-construct this action programme and launch a territorial mobilisation, the community of communes of Haut-Limousin en Marche is organising this electronic public consultation to gather opinions on the draft PCAET.

Pursuant to article L123-19 of the Environment Code, the draft PCAET is made available in electronic form for public consultation by electronic means. The competent authority to take the decision to approve the Climate Plan is the communauté de communes du Haut-Limousin en Marche.

In accordance with Articles L122-4 and R122-7 of the French Environmental Code, the Climate Plan has been submitted to an environmental assessment; it is likely to have a significant impact on the environment. The opinion of the environmental authority will be available for consultation according to the same terms and conditions as the other constituent elements of the draft Climate Plan.

At the end of the public participation, a summary of the comments and proposals will be drafted and put online, in addition to the above-mentioned documents. The draft Climate Plan may possibly be modified to take into account the comments and opinions of the public. It will be submitted for approval to the Community Council of the Haut-Limousin en Marche community of municipalities.

Interested persons may examine the file in the following manner:

Comments and contributions, as well as requests for information and consultation in paper form, can be sent from 25 November 2020 to 25 January 2021 inclusive by e-mail to pcaet@cchlem.fr.

Only e-mails containing the first and last name for an individual, the company name for a company and the name for an association will be taken into account.

Any e-mail sent after the close of the public consultation will not be taken into consideration.

The documents composing the PCAET are available for download in pdf format below:

This website uses cookies to improve your experience while you navigate through the website. Out of these, the cookies that are categorized as necessary are stored on your browser as they are essential for the working of basic functionalities of the website. We also use third-party cookies that help us analyze and understand how you use this website. These cookies will be stored in your browser only with your consent. You also have the option to opt-out of these cookies. But opting out of some of these cookies may affect your browsing experience.
Necessary Toujours activé
Necessary cookies are absolutely essential for the website to function properly. This category only includes cookies that ensures basic functionalities and security features of the website. These cookies do not store any personal information.
Non-necessary
Any cookies that may not be particularly necessary for the website to function and is used specifically to collect user personal data via analytics, ads, other embedded contents are termed as non-necessary cookies. It is mandatory to procure user consent prior to running these cookies on your website.
Enregistrer & appliquer