This document is a tool for daily management and development for the future! It refers to the management of soil law, land, architectural, landscape and environmental rules and is legally enforceable against all. It is punctuated by analyses of the territory in order to better understand its issues, meetings with stakeholders (e.g. farmers, institutional partners, etc.) and public meetings. It is a tool with a medium- and long-term vision that will make it possible to plan, organize and plan the development of the territory. 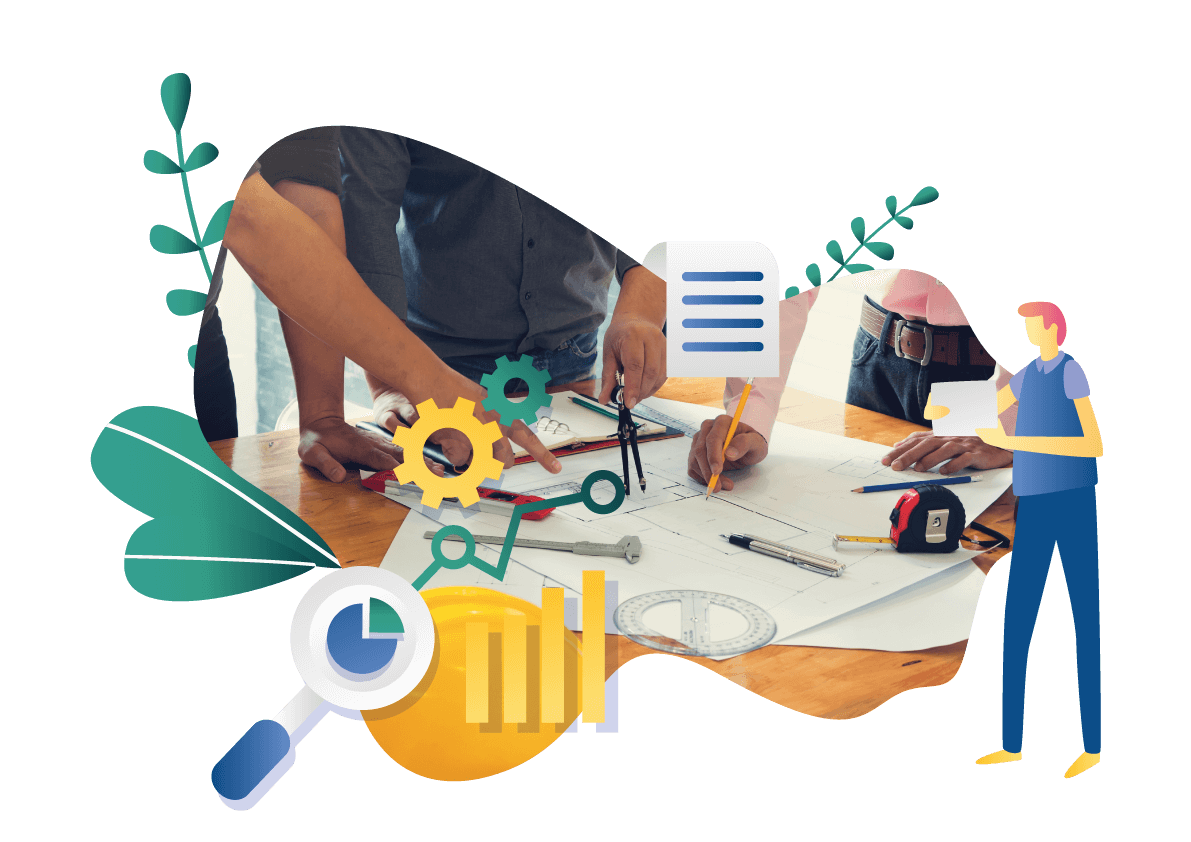 The other 34 are subject to the National Urban Planning Regulations (RNU), which severely restrict the right to build.

Faced with this heterogeneity of rules, the former community of municipalities in Haut Limousin decided in 2015 to launch the development of a Local Intermunicipal Urban Plan (PLUi) in order to have a single planning document for the entire intermunicipal territory.

The PLUi aims to create a dynamic territory that can be integrated and participate in the evolution of the entire basin. Integrating local diversities, it will shape the evolution and sustainable organization of the community territory.

At the end of the various meetings and consultations, the draft PLUi will be submitted to the community council and a public inquiry will be carried out before the document is approved by the community of municipalities.

Opening of a public inquiry into the preparation of the Local Intermunicipal Urban Development Plan - Territory of the former Community of Communes of Haut-Limousin.

The President of the Community of Communes of Haut-Limousin en Marche,

Considering the law of 13 December 2000, known as the Solidarity and Urban Renewal Law;

Considering the decision of the Community Council of the former community of municipalities of Haut-Limousin dated 28/03/2015 prescribing the elaboration of this PLUi and defining the modalities of consultation;

Considering the prefectoral decree dated 22 May 2019 on the statutes of the community of municipalities of Haut Limousin en Marche;

Having regard to the decision of the Community Council dated 5 November 2018 adopting the local intermunicipal urban planning plan for the territory of the former community of communes of Haut-Limousin;

Considering the decision n°E1900000067/87PLUi of the President of the Administrative Tribunal of Limoges dated 29/07/2019 appointing Mr Bernard CROUZEVIALLE as investigating commissioner;

Considering the decree n°2019-08 of 09/08/2019 opening a public inquiry relating to the elaboration of the Local Intermunicipal Urban Plan - Territory of the former Community of Municipalities of Haut Limousin ;

Considering the documents in the file submitted to public inquiry;

Considering the need to postpone the date of opening of the public inquiry;

Stop it! Stop it!

Article 1: A public inquiry will be conducted on the PLUi project in the territory of the former community of municipalities of Haut Limousin from Monday 16 September 2019 at 9 am to Friday 18 October 2019 at 5 pm inclusive, i.e. for a period of thirty-three (33) consecutive days.

Article 2: Mr Bernard CROUZEVIALLE has been appointed as a permanent investigating commissioner by the President of the Limoges Administrative Court.

Article 3: The authority responsible for the PLUi project is:

The file will also be available in digital format throughout the public inquiry at the following address:

Any person may, at his request and at his own expense, obtain access to the public inquiry file from the community of municipalities of Haut Limousin en Marche as soon as this decree is published.

Article 4: During the investigation, the public may record its observations, proposals and counter-proposals as follows

The public inquiry report is available below:
Download the document

ARTICLE 5 : The investigating commissioner is available to the public to receive his observations, proposals and counter-proposals on the dates and places defined below:

Article 7: Within thirty (30) days from the date of closing of the public inquiry, the investigating commissioner shall forward to the President of the community of municipalities of Haut Limousin en Marche the public inquiry file accompanied by the register and the attached documents, together with his report and reasoned conclusions.

Article 8: At the end of the public inquiry, the draft drawing up of the Intermunicipal Local Urban Plan, possibly amended to take into account the opinions attached to the file, the comments of the public and the report and conclusions of the investigating commissioner, will be submitted for deliberation to the Community Council, the authority competent to approve it, after they have been presented at an intermunicipal conference attended by the mayors of the municipalities that are members of the Haut Limousin en Marche community of municipalities.

At least fifteen (15) days before the start of the public inquiry, and throughout the duration of the inquiry, this notice will also be published, by means of a poster, at the headquarters of the community of municipalities of Haut Limousin en Marche, as well as in all the municipalities of the territory concerned by the PLUi (Bellac municipalities, Berneuil, Blanzac, Blond, Bussière-Poitevine, Cieux, Gajoubert, Montrol-Sénard, Mortemart, Nouic, Peyrat-de-Bellac, Saint-Barbant, Saint-Bonnet-de-Bellac, Saint-Junien-les-Combes, Saint-Martial-sur-Isop, Saint-Ouen-sur-Gartempe and Val d'Issoire).

The completion of the posting formality for each of the places to which the public inquiry notice is addressed will be certified by the President of the community of municipalities of Haut Limousin en Marche. The poster certificates will be sent to the investigating commissioner at the end of the public inquiry.

Article 10: Madam President of the community of municipalities of Haut Limousin en Marche, the investigating commissioner, as well as the mayors of the municipalities concerned are responsible, as far as they are concerned, for the application of this decree.

This decree will be posted at the headquarters of the community of municipalities of Haut Limousin en Marche as well as in all the town halls of the territory concerned by the PLUi for one (1) month. A copy of this decree will be sent to the Prefect of Haute-Vienne, the Mayors of the municipalities concerned by the PLUi project, the President of the Limoges Administrative Court and the investigating commissioner. 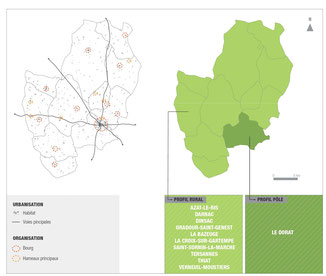 The Local Intermunicipal Urban Plan is a tool for urban planning management and planning that allows us to have a prospective vision of our territory by 2030. It is a legal document, enforceable against all, which refers to the management and administration of soil law (definition of land to be urbanized, agricultural land, natural land, etc.), land, architectural, landscape and environmental rules in the area of the former Community of Communes of the Lower March.

Today, the first phase of the process has been completed, namely the territorial diagnosis. This document paints a portrait of the territory by highlighting its strengths, weaknesses, needs and development potential. 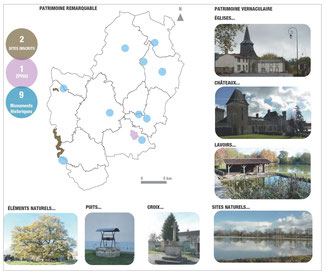 We are now entering the second phase of the study, which is the Planning and Sustainable Development Project. This element is the keystone of the urban planning document. It transcribes all the municipal and intermunicipal projects for the territory over the next 10-15 years.

Indeed, the PLUi's second objective is to plan, organize and plan the development of the territory in terms of facilities (health, economic, school, sports, sanitation, culture, leisure, tourism...).

We must therefore anticipate the needs of our territory, both at the municipal and intermunicipal level, as of today. As we cannot know all the private projects in progress or under consideration, we need your participation to develop a comprehensive document. We remind you that your projects will have to be taken into account in the PLUi to be feasible. 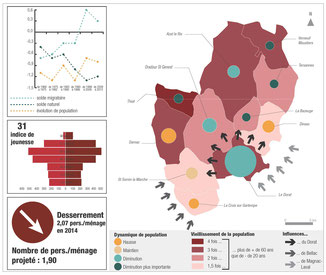 So if you have projects today to set up craft, economic, industrial, leisure and sports, tourism, services and shops activities, we invite you to come to the town hall to tell us about them (nature of the project, location...).

A suggestion box and a notebook are also available in the town hall to collect your opinions.

The fact that you now take one of your projects into account in the urban planning document does not oblige you to carry it out later. The aim of the approach is to anticipate the future development of the territory.

If you have plans today to set up craft, economic, industrial, leisure and sports, tourism, services and shops activities, we invite you to come to the town hall to tell us about them (nature of the project, location...).
PLUI BM Synthesis - diagnosis and issues
Download the document

Download here the latest PLUi newsletter & answer coupons to integrate your projects into the process.